Beer production is a natural process that has been going on for thousands of years.

In the following diagram you can see each phase of the beer production process:

*at the bottom of the page you can find the production process of alcohol-free beer (AFB).

Malting, the process of converting barley into malt, produces enzymes required to break down and convert the barley content from insoluble (starch & protein) to soluble (amino acids). There are 3 main steps in malting process:

Water/air is added until barley moisture content rises up to 45%.

Fresh air is supplied, and barley remains for 5 days at 12-16°C. Germination allows the development of useful malt enzymes, including amylase and protease.

Hot air at 80°C is supplied to deactivate enzymes and produce the malt color and aroma. Moisture content is gradually reduced from 45% to 4%.

The process of milling malted barley and mixing it with water in a vessel called mash tun with a heating mantle to regulate temperature. The end product of mashing is called wort.

After mashing, the wort is separated from the grains to get a clear liquid wort. Lautering takes place in vessels known as lauter tuns, with thin slits at the bottom and a stirring system with rotating cutting blades. During this process, a grain bed settles on the bottom of the tun, composed of malt hulls and undiluted subsiding proteins. This bed is the main filtering medium during the separation process.

After lautering, the wort is boiled. This is a very important process where the following reactions take place:

After the wort is cooled and aerated, yeast is added to it, and the fermentation process begins. Fermentation takes place in fermenting vessels, under regulated temperature and pressure. During this process, which lasts from 5 to 9 days, the yeast converts sugars from the wort into alcohol and carbon dioxide. When fermentation is complete, the yeast settles at the cone of the vessel, it is collected and reused for the next brew. The produced carbon dioxide is collected, deodorized, condensed and liquidized, and then stored to be used in beer carbonation.

Conditioning gives beer its final distinct flavor. During conditioning beer is stored at near freezing temperatures (0 to -1°C) and a secondary fermentation takes place, which improves immature beer, increasing its carbon dioxide concentration

Before packaging, beer must be filtered to remove any yeast residues and substances that compromise beer quality over time. During filtering, the exact concentration of carbon dioxide and the beer final density are also regulated, and bright beer is stored in containers called bright beer tanks. 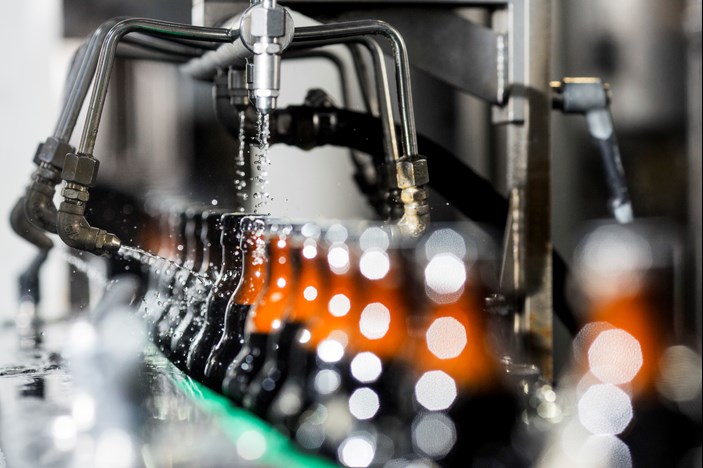 After packaging, beer is stored in conditions that ensure its high quality and then distribution takes place. 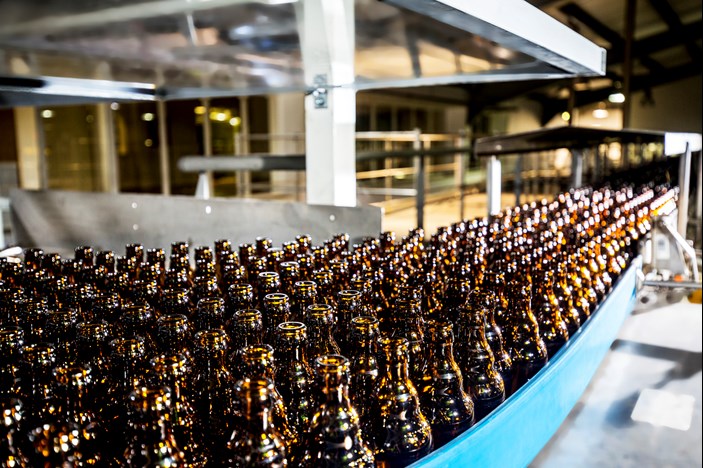 The production of alcohol-free beer (AFB)

The production of AFB comprises the same steps as beer production (malting, brewing, packaging and storage), with the following variations: